For bookings or more information, call Mark Stillman at 612.823.8801,
or email markstillman@comcast.net

If you need a versatile performer for your upcoming event, consider hiring an accordionist. As a freelance musician, I perform either solo or with a 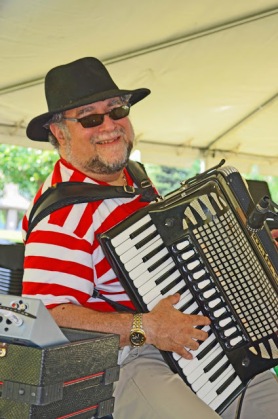 band (using any combination of instruments or simply a singer). As a solo instrument, the accordion works well acoustically for strolling. By amplifying and incorporating midi electronics, my accordion can be made to sound like a one-man ensemble.

I play a variety of styles, depending on what my clients request. For example, here’s an example of some gypsy music I played recently at the Gasthof: Mark at the Gasthof